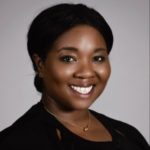 Many nonprofit organizations rely on the dedication of their volunteers. Kieran Hayes is the embodiment of what WWPR’s pro bono client Sitar Arts Center needs to not only sustain and serve but also thrive.

Kieran has lived in the DC region for several years, but currently resides in Vienna. Sitar came into his life almost three years ago. Aspirations of potentially pursuing a career in teaching motivated him to find a way to share the gift of music with the community.  At the age of 10, he started taking piano lessons, growing up in southern Maryland and continued with the art of piano for seven years. He searched online for an opportunity that resonated, and he found Sitar. After learning more about the organization and connecting with staff, he decided to volunteer.

At first nervous to tap into his skills as a teacher, the team at Sitar supported Kieran as they do with all volunteers. Sitar’s staff provides a syllabus and resources to help volunteers. It did not take long for Kieran to establish his own teaching style and grow comfortable in the volunteer role. 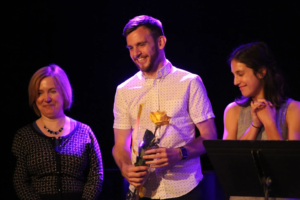 Kieran currently has five private lesson students, and one music theory class featuring four students. He teaches once a week, from 4:30 to 8 p.m. This segment of time allows him to meet with all nine students.

Kieran says there are several reasons he continues to volunteer with Sitar, teaching children the skill of piano playing.

“It’s rewarding to see the children learning new things and their excitement at their own progress.” He goes on to say, “I also think that the personal growth as a volunteer myself was rewarding. As a volunteer, I feel like I’m doing something right in helping the community and that feels really important to me.”

While every student he teaches is special, there are certain moments that stand out to him and remind him that the work he is doing is significant in the lives of Sitar students. Every semester Sitar holds as showcase featuring students and their talents.

“It’s a big deal for the students, and they spend a lot of time practicing, and I do my best to help them calm their nerves,” Kieran says.

During the most recent showcase, a student in his own way demonstrated his gratitude for Kieran as a teacher and mentor.

“This one student, in particular, did a great job and after his performance ended and I was getting ready to leave, he walked up to me . . .a little shy . . . staring at the ground and said ‘Mr. Hayes, I just wanna say thank you for coming.’ It meant a lot that I was there for him and able to support him during this moment in his life.”

While making an impact through teaching has been a huge contribution to Sitar as an organization, Kieran decided to take his support a step further by becoming a monthly donor through the Sitar Sustainers Monthly Giving Program. “I can donate my time, but Sitar can always use more resources to expand and achieve their goals. I recognized Sitar as something that was good for the community and an opportunity the children would not have otherwise.”

For those inspired by Kieran’s story and his dedication to Sitar, he wants everyone to know that anyone can help Sitar in their efforts to share the gifts of the arts and support children.

Volunteers and donations are a great way to help. Volunteers who contribute just 30 minutes can help take a child off the Sitar waitlist and get them enrolled in the music or art class they have been waiting to experience. The more support Sitar has, the more children will be able to access this one-of-a-kind programming.

Kieran says that when it comes to the students, “It’s easy to see that they are gaining something from the programming at Sitar, and they are happy to be there. It’s a friendly environment, and students look forward to it. I can see students grow from year to year, and it’s wonderful.”