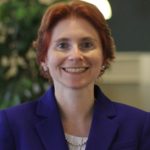 There’s something about music that invades the soul. Even when you don’t understand the lyrics or are unfamiliar with the melody, it has the capacity to move you.

Add to this scenario a young man expressing himself for one of the first times in a language not his own, in a room full of young people listening in support and reverence, all set in a community dedicated to connecting potential with opportunity, and you have the Sitar Café series.

As you know, Sitar Arts Center is WWPR’s Pro Bono client for 2018-2019. The Pro Bono committee members have spent several months getting to know the organization and supporting their work. An important part of that involves face time at the Center so we can see up close and personal the value of this community arts organization and help them communicate about it.

On October 2, the star from Sitar was 17-year-old Colin. Using recorded music as the backdrop, just steps away from the front door in a space formerly called the Sitar café, he eloquently performed a rendition of Selena’s “No Me Queda Más.” The 30 or so students and parents around him applauded enthusiastically after he completed the final verse.

Was it the music? Or was it the willingness to try? Perhaps both.

Colin only has been taking performing arts classes at Sitar for just over a year, but has quickly blossomed into a powerful vocalist, songwriter and leader. He is a part of the Center’s in-house band – the Saints Band – and studies alongside professional musicians from the DC Jazz Festival.

But that’s not all. He also participates in Sitar’s Emerging Arts Leaders program, which meets weekly to intensely focus on an art form and gain skills for continued study in the arts. His latest skill? Spanish.

At the performance on October 2, Colin showed no fear of performing in a new language, which is yet another one of the Center’s gifts — its focus on enhancing skills of all kinds, from academic performance to social skills such as confidence. Its goal is to create a community where its students of all backgrounds and socioeconomic situations feel welcomed and proud of what they contribute to the world around them.

The Sitar Café Series is a part of that equation.

A few times each semester, Sitar hosts the Café Series to give students the opportunity to perform what they have been working on at Sitar, from singing to music to a dramatic performance. These intimate and informal performances are a special community event. According to Paige Deckelbaum, development associate at Sitar, “Colin has developed a love for the arts and community of support at Sitar. He volunteers at the Center many afternoons each week, helping to make the Center welcoming to all students and families.”