Communicating Across Cultures: Bridging the Gap Between French and American Communication Styles

In the era of globalization, public relations professionals increasingly travel abroad for projects and conferences. We also collaborate with professionals from various countries and cultures in the U.S. 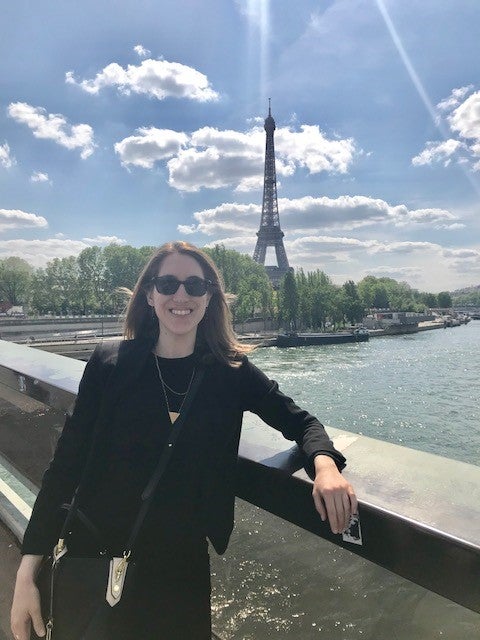 Corresponding with individuals from different countries and cultures holds the exciting potential of making new discoveries. It also comes with the risk of miscommunication.

In October, I will depart Washington, D.C. to begin working as a Project Manager at a marketing agency in Paris. Although I studied French and francophone culture from elementary school through college, lived in France for 10 months, and interned at two organizations in Paris, my initial conversations with my future French employer still somewhat surprised me.

I had prepared for negotiating my salary with the French CEO by creating an agenda. However, when I asked specific questions of him on the phone, it did not take long for him to steer the conversation off the course I had initially planned. Before I knew it, we had been speaking on the phone for an hour without even touching the topic of salary. Then, at a later time, I asked him which skills I could brush up on before beginning the position. He responded that I could best prepare by reading French philosophy and promised to send me links to relevant articles. Although I was happy to read the articles, none of my U.S. employers have ever before sent me philosophical texts as part of the onboarding process.

Based on these conversations and the recognition that the gap between French and American communication styles is larger than I had anticipated, I decided to contact the French-American Chamber of Commerce (“FACC”), which has branches in N.Y.C. and D.C., among other cities. Several members of the International Career Development Programs (“ICDP”) team in NYC offered insight on how French and American cultural differences manifest themselves in different styles of professional communication. Further, the team provided advice to anyone embarking on a professional experience abroad – whether to France or elsewhere.

The FACC discussed three overarching ways in which communication styles between French and Americans may differ:

In the U.S., it is common for staff meetings to follow an agenda that the meeting leader has circulated to attendees in advance. At the end of meetings, attendees often leave with assigned follow-up tasks. Colleagues typically evaluate each other’s performance based on each other’s ability to follow through on assigned duties in a timely manner. Overall, staff meetings constitute techniques for defining and completing the necessary projects to satisfy clients. Young notes, “Americans are particularly focused on customer service, with conversations at staff meetings taking a solution-centric shape with client experience being a top priority. This is likely linked to our capitalistic mentality and competitive marketplace.”

In France, however, rather than the value of an employee being measured by his or her ability follow a plan, it is measured according to the ability of the employee to explain or – better yet – question the merits of a chosen plan. When speaking with the French CEO, he mentioned that when clients submit a project request such as a promotional video of their company, he does not simply execute the request. Instead, he asks the client to explain why the company has decided upon the project and what – ultimately – the client hopes to accomplish from the project. The CEO noted that when asking the client to justify a project idea, he is better able to understand which solution will best match the client’s needs.

Young explains how conversations at staff meetings in France may differ from the typical American structure of agendas and action items. She said, “Quite often, an employee in France proves him or herself by showcasing their knowledge and expertise in a given field and being able to explain the root of a problem and why s/he arrived at a given solution.” Young surmises that the emphasis on understanding the context of a problem and questioning potential solutions stems from the importance placed on education and learning in France, which is no surprise given the Age of Enlightenment was greatly influenced by French philosophers. Such 18th-century intellectual revolution established the importance of questioning tradition and debating ideas, a practice that continues in the modern-day French workplace.

If an American seeks to successfully communicate about client projects at a staff meeting in France, he or she would be well served to explain the context of a client’s issue and to justify the methodology for solving a given problem.

Emails between American professionals tend to be concise. We value the ability to distill large swaths of information into short sentences. Senior level professionals within a company often rely on summaries of information and do not have the luxury of sifting through primary sources themselves or writing long emails.

In France, on the other hand, emails between professionals tend to be lengthier and more formal. For example, the typical first sentence of an introductory email to a potential employer or a possible benefactor would read, “Je me permets de vous contacter parce que…,” or “I am allowing myself to contact you because…”. The French language couches delicate subjects in ornate pleasantry.

Even once professionals have established a working relationship, it is common for email correspondence to remain formal. As part of her role coordinating the FACC’s Exchange Visitor Programs, O’Connor frequently emails Human Resources executives at French companies. She said, “The one time I saw a smiley face in an email from a HR representative, I was shocked!”

Therefore, if an American seeks to email French colleagues or clients appropriately, he or she should ensure to broach sensitive topics delicately and to communicate formally.

In France, however, it is more common for managers to provide junior staff with direct – and constructive – feedback. Erin Meyer, an American Professor of Organisational Behaviour at renowned French business school INSEAD and author of The Culture Map: Breaking through the Invisible Boundaries of Global Business said in an article entitled 8 things that drive French people nuts about American offices — and vice versa, “If you’re [an employee] doing well, it’s kind of a given; you [the employer] don’t really need to say it. So positive feedback is given less frequently, and when it’s given it’s given much less strongly.”

In effect, if Americans receive more negative than positive feedback from French colleagues or supervisors, they should remember that such ratio is common in the French workplace and not necessarily reflective of sub-par work performance.

Advice on Working in France or Another Foreign Country

Although we may not expect our friends across the pond to communicate that differently from us, we must not take for granted that our nations do, in fact, have different histories, which may translate into distinct communication styles.

Based on such cultural differences, the FACC offers several resources for Americans embarking on work in France or another foreign country. In fact, on May 15, 2018 the FACC in New York City organized an event on working with individuals from different backgrounds anywhere in the world. At the event, Sophie Lecher, Founder and CEO of Global Commerce Education gave a presentation entitled “Work with Anyone Anywhere”.

In addition to the advice in the presentation, O’Connor said, “It is important to set intentions before embarking on a professional experience abroad (such as improving foreign language skills, etc.). At the same time, it is crucial that Americans remain open-minded to the host culture and to not judge it as simply being better or worse than one’s home culture.” Further, the FACC recommends that individuals who have just begun working in a foreign country mirror the work culture of the host country – so long as doing so does not compromise their own values. Lastly, the FACC suggests that professionals working abroad take advantage of the resources and support network available to them. Rodas notes that the FACC arranges networking events and resource guides for French interns coming to the U.S. and Americans training in France through the FACC’s exchange programs.

Although beginning a professional position in France or another foreign country may seem intimidating, the above observations and advice will help Americans to mitigate miscommunication and take advantage of unique professional opportunities.

The French-American Chamber of Commerce serves professionals who are involved in French-American commerce and have an interest in bilateral trade, investment, and culture. The International Career Development Programs department has helped prepare thousands of international young professionals and students for a future in the global economy through their Intern/Trainee Exchange Visitor Program and American Outbound Program. The FACC also maintains a CareerConnect recruitment platform designed to meet the needs of the French-American business community. If you or your company would benefit from membership, here is the link to the FACC’s Washington, D.C. Chapter.