Women are making history…And social media is elevating their voice 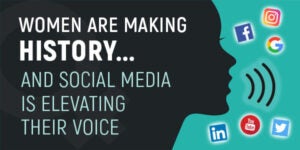 From politics and corporate leadership to sports and entertainment, women have made remarkable strides in history across all facets of life this past year.

What makes these wins even more outstanding is the increased exposure among social media platforms. Stories of women earning new roles, titles and achievements are now front and center for the world to see — inspiring a new generation of young women to aim even higher.

Here are some of our top motivating stories of female powerhouses in the past year:

Kamala Harris, the first female Vice President of the United States:
This win is a no brainer. VP Harris shattered the glass ceiling by taking hold of one of the top seats in American politics. Through her campaign for both President and selection as the Democratic Ticket VP, Harris was trending on both Twitter and Google. One of her most iconic moments was her debate with former VP Mike Pence — which has since become an empowering, but simple, catchphrase for all women: “I’m speaking.”

Sarah Fuller, the first woman to play and score in a Power Five college football game:
Sarah’s story blew up on social media back in late November when she joined the Vanderbilt football team as their kicker. Then again in December when she put her first points on the board — a huge score for women in sports history.

Reese Witherspoon, founder of Hello Sunshine:
Through her media company Hello Sunshine, Reese continually puts women in the spotlight, sharing their creations on her various social platforms. Her book club may be one of her best known platforms. Her instagram, which has 25 million followers, reflects her dedication to female empowerment and shining a light on women’s stories.

Amanda Gorman, youngest poet to read at an inauguration:
As the youngest poet selected to read at a presidential inauguration, Amanda has proven that nothing – neither age, nor race, nor gender – should hold you back when it comes to achieving your dreams. Videos of her reading have circulated Twitter, Facebook, YouTube (you name it!) and amassed millions of views and shares. She even landed a gig at Super Bowl LV and a number of talk shows after wowing America with her inspirational words.

Congratulations to each of these women for their impressive accomplishments. We look forward to seeing more powerful women in the spotlight on social media in the years to come! 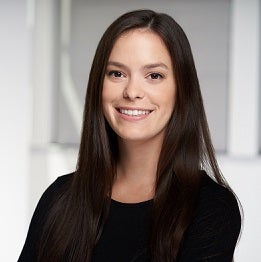 Our list doesn’t stop there — check out these other noteworthy female-led moments from the year:

Did we miss any? Shout out your noteworthy female-led moment in the comments below.

And don’t forget, WWPR has its upcoming Emerging Leader Awards to honor six outstanding young women in the Washington, D.C. metro area who have excelled in public relations and related fields.

Nominate an emerging female PR leader you know who is making history in her own right by April 1. 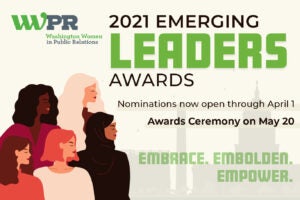